The Visa Festival Hub is here to take you on a gastronomic journey. Think you know food? Access amazing with us, as we serve up an array of events and experiences to delight the senses, treat the taste buds to the unexpected and showcase the future of dining.

Dig out that blazer with shoulder pads or dust off your oversized suit. Hosted by WineFriend’s Yvonne Lorkin and in collaboration with Canapé Company, experience classic 80s food paired with something better than Blue Nun. There’ll be prizes for anyone blow-waving their hair to its highest heights, applying their blusher with a 2-inch sash brush and anyone rocking a pair of MC Hammer pants. It’ll be eye poppingly fashionable 1980s awesomeness. 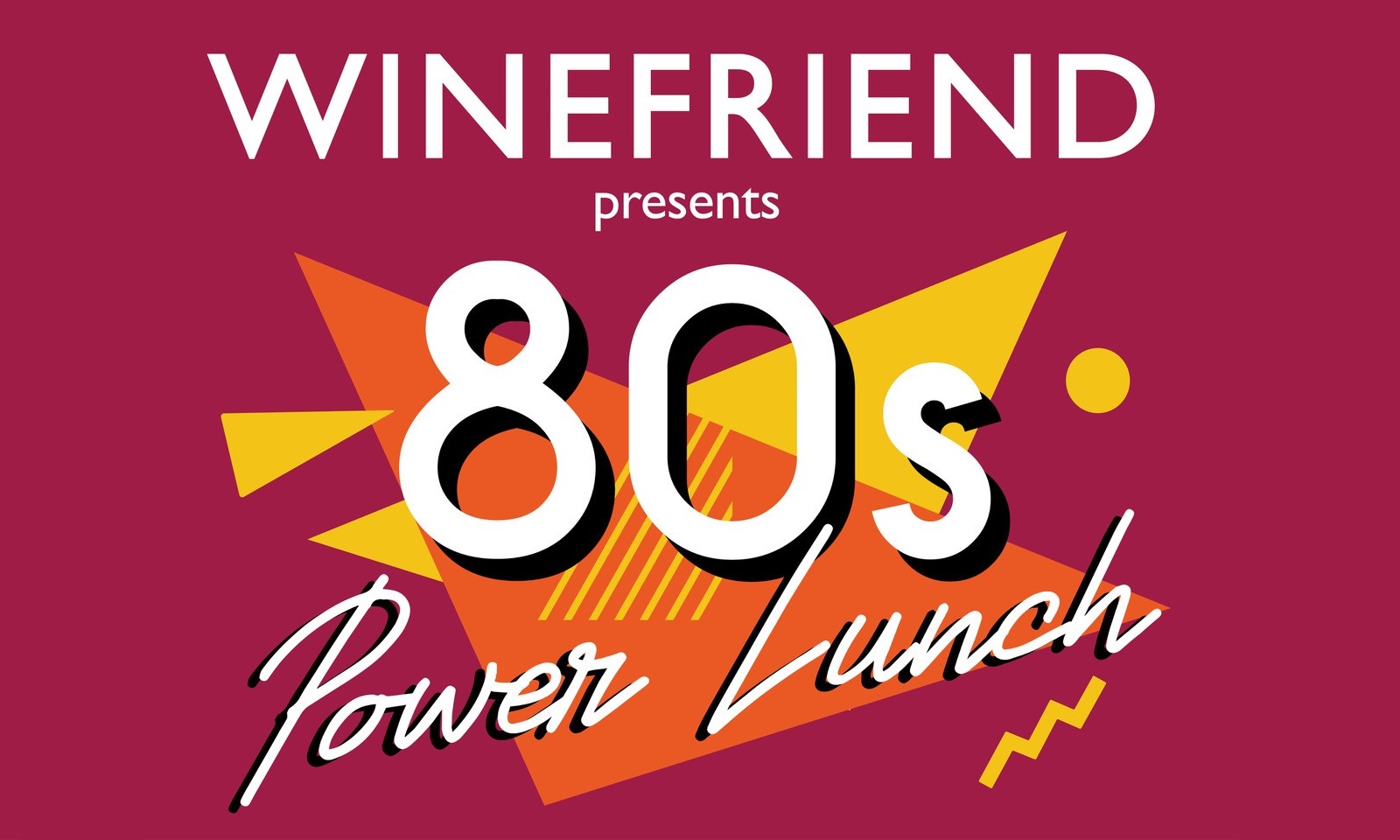 A native of New Zealand, Kim has been honing his cooking skills around the world before settling in at Amass Restaurant in Copenhagen, Denmark thirteen years ago. This year sees Kim head up the new Amass Research Kitchen, where he has created a set of ‘new culinary building blocks’ from what most of us would consider rubbish, such as so-called kitchen scraps and by-products. His ground-breaking research into fermentation and sustainability has seen him doing things such as re-utilising spent coffee grounds for their high protein content.

Inspired by the Amass philosophy, join Kim and our own fermentation wizard Jacob Brown of The Larder for a night that will have you questioning what a “perfect dish” means to you - is it a perfectly shaped carrot or the best cut of steak, or is it the skill and experience of being able to make something mind blowing out of products that would normally end up in the waste disposal. Experience eight courses of delicious food with the underlying philosophy of creating brilliance out of every ingredient and giving respect to every plant and animal. A true feel good meal. 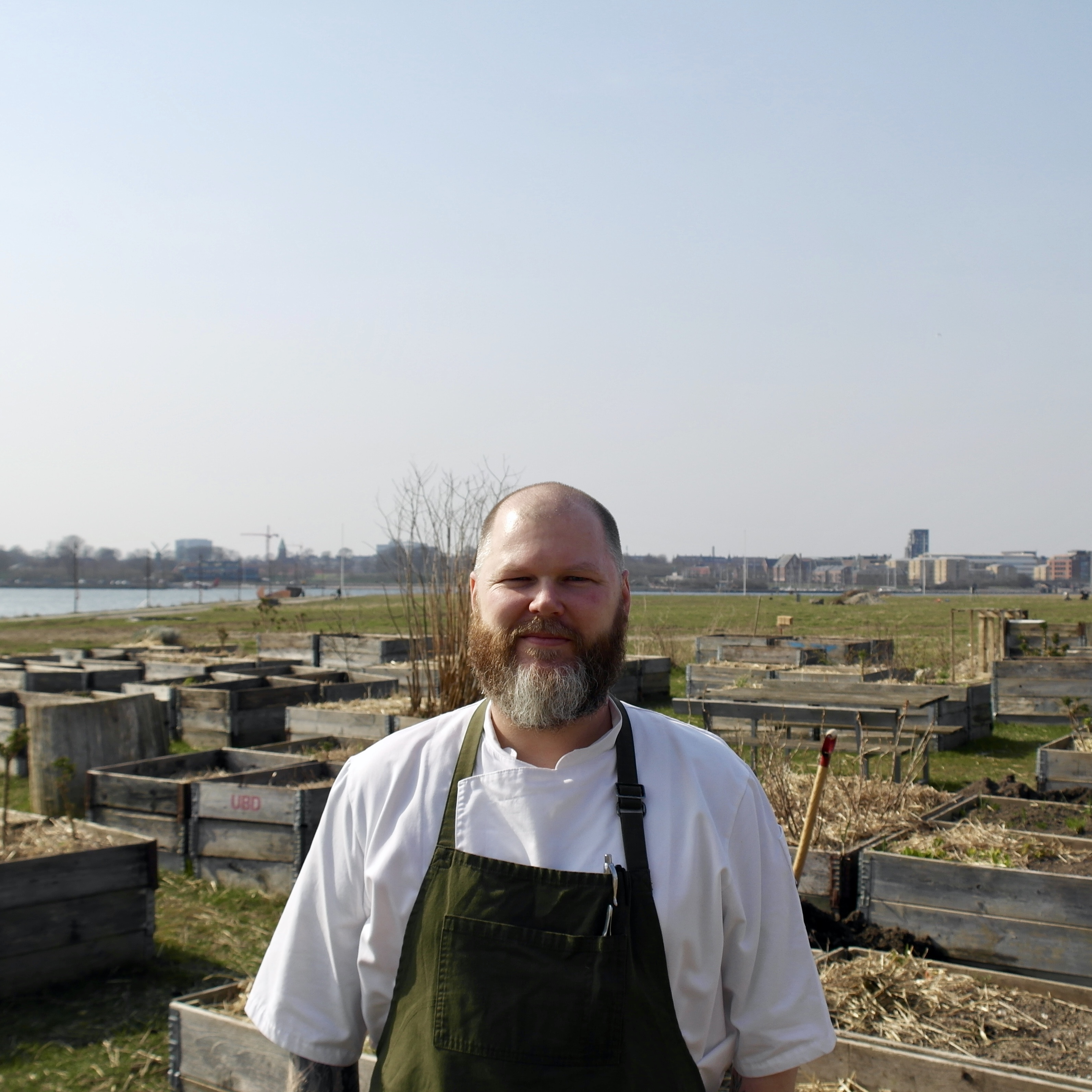 Around the World in Eight Negronis

Take a trip around the world with a classic Negroni. Join Forresters Lane and sample different Negroni style drinks, matched with food pairing from each country. Every 15 minutes the bar theme will change as the music, ambience and style moves from Italy to the southern states of the USA, with a few stops in between. Expect flavours like a classic Negroni with a caprese salad and some Italian hip-hop, through to a Boulevardier paired with slow cooked Campari ribs and bluegrass.

Please note the starting time has changed from the printed programme. 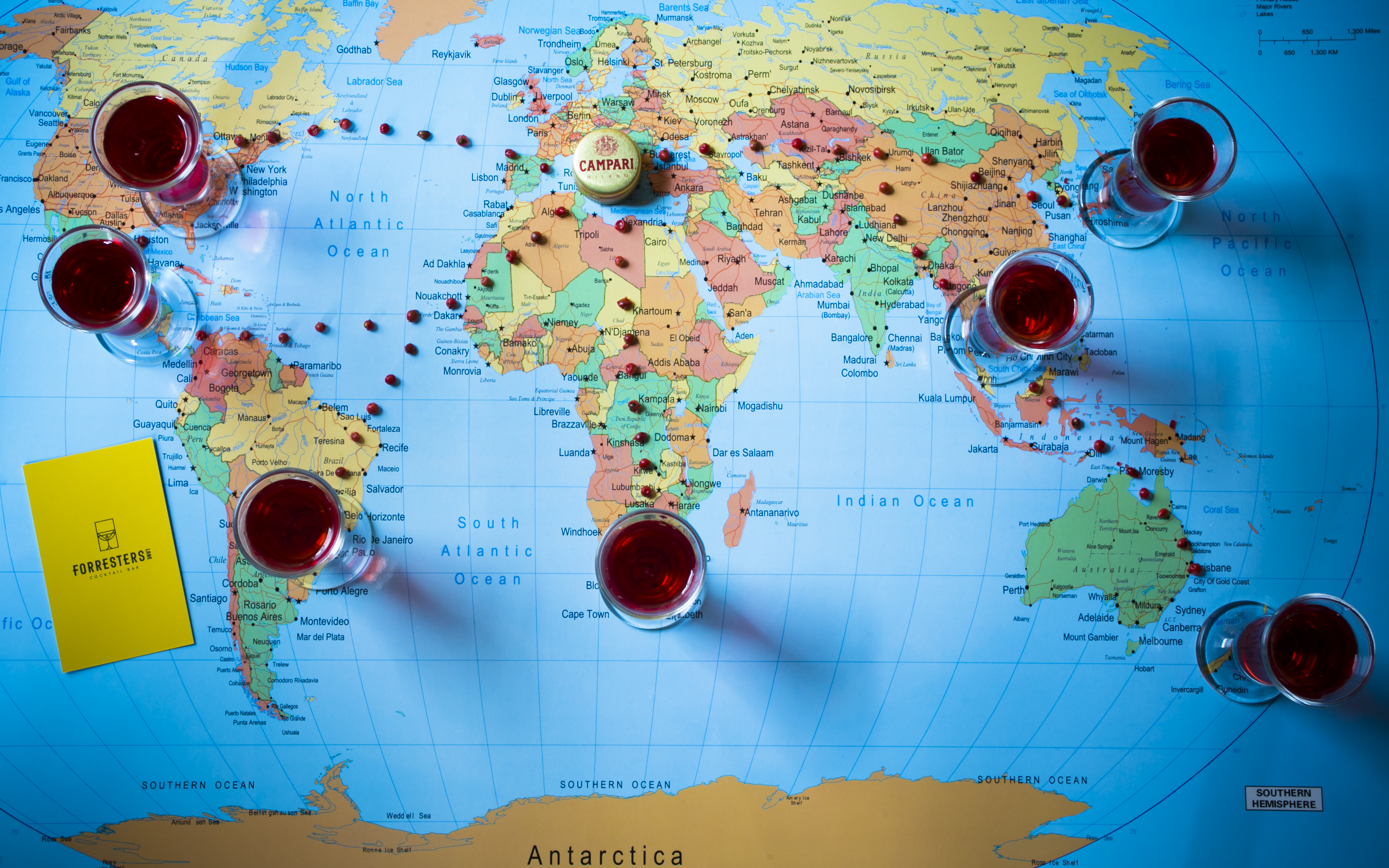 Join us for a feast that’ll make you sweat. This fun filled evening will also feature education to improve your smoking skills and some Double Vision Brewing beers to wash it all down. Wilson Barbecue will be smoking up a feast including brisket, pulled pork, ribs, tomahawk steaks, beef cheeks, mac and cheese, bread and more…meat sweats guaranteed! There’ll also be chances to win barbecue related goodies and merchandise including a major prize each night of a Weber Kettle compact so you can get cooking with smoke at home.

Off the back of last year’s smash hit Hot for Chicken, Morgy is back and this time launching his brand new global dining concept - Morgy’s Diner. For the festival’s opening event, and for the first time anywhere in the world, this will be the exclusive chance to give his delicious hot dogs a try. He’ll be joined by Wellington’s longstanding hospitality family at The Bresolin, and wash those dogs down with drinks from Garage Project and Wine Diamonds. 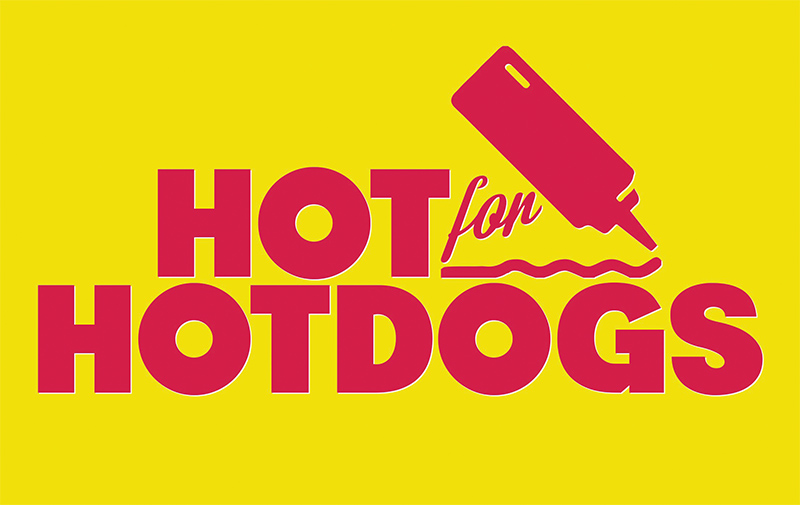 It Aint What it Seems

Dessert lovers this will truly challenge your perception and senses. Carrello del Gelato, in conjunction with The Library, presents a four-course Italian degustation dinner with a twist! Each course is a dessert with matching cocktail styled to resemble a course in an Italian degustation dinner. You’ll also experience a masterclass in which the secrets behind each creation are revealed... 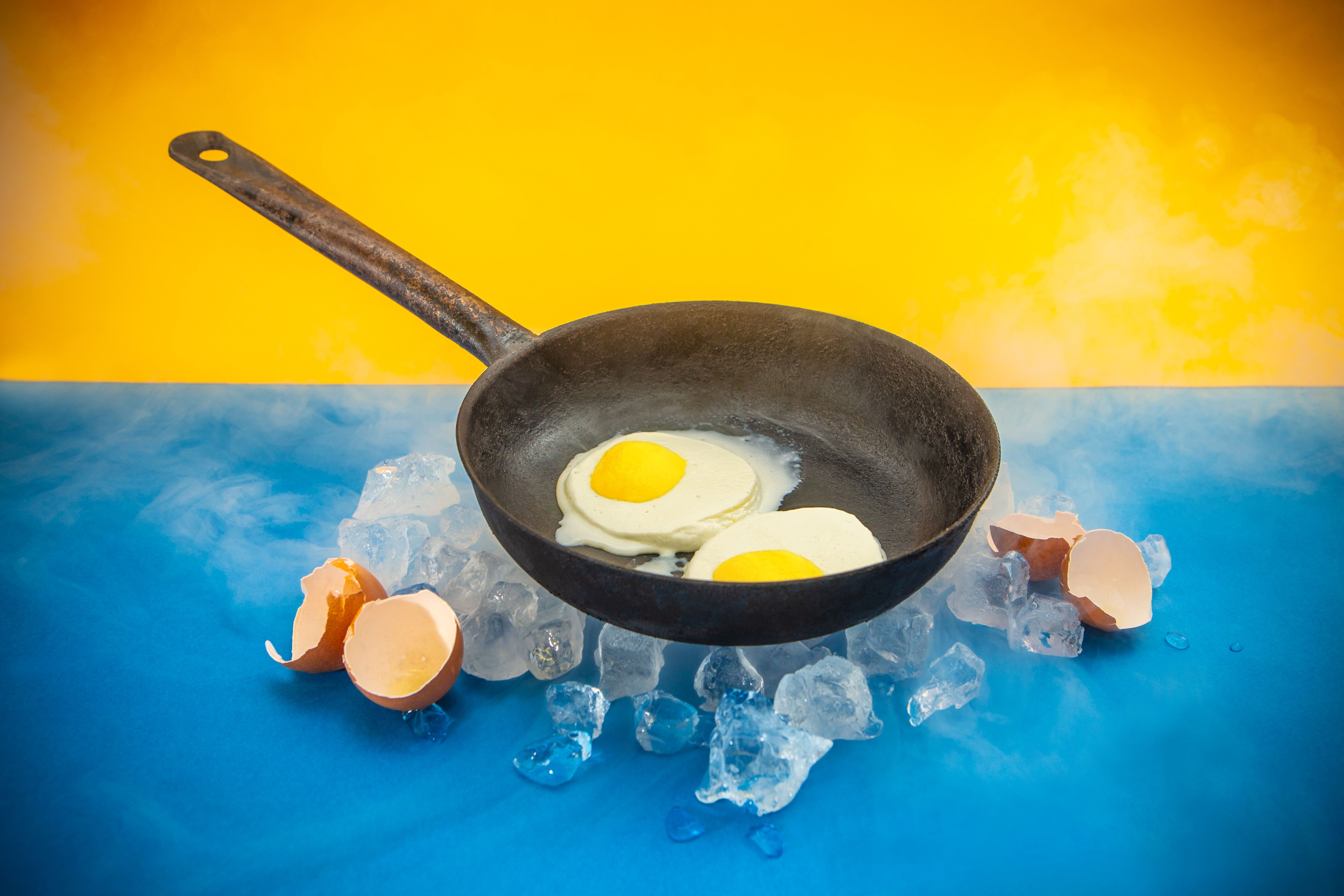 We all remember so fondly the treats of childhood; fairy bread, lemonade, Mr Whippy; but like most things the memories are often better than the reality. ‘Nostalgia, Refreshed’ makes the memories memorable. Join the party with Six Barrel Soda Co. who bring you your childhood favourites, made with quality ingredients and a twist, just like their drinks. This casual family friendly event will be a trip back to childhood for kids of all ages. But without the tantrums and sore tummy. 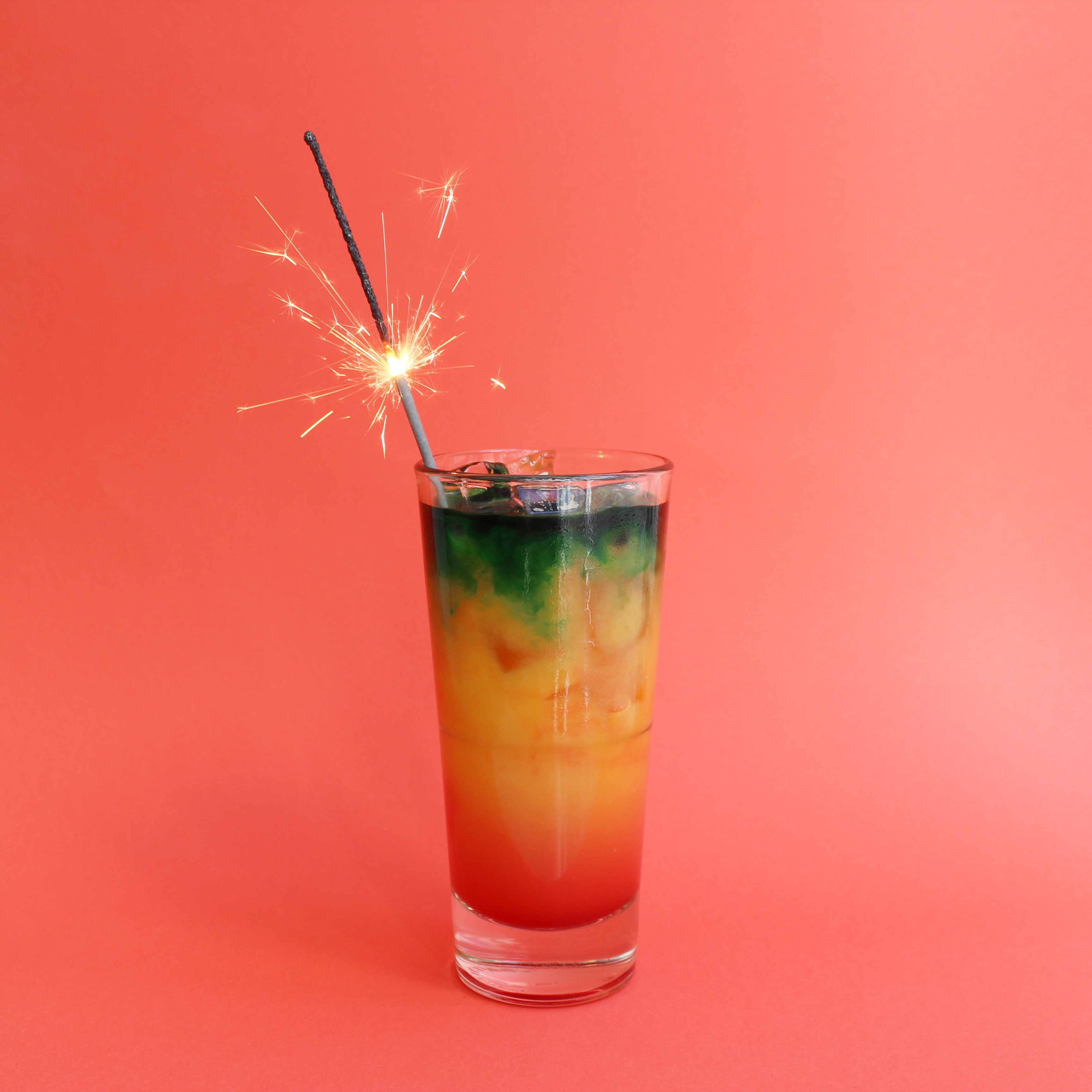 Nouvelle is coming... A pop-up celebration showcasing the fresh, raw wines of 2019 with the Wine Sentience team and some of their favorite organic winegrowers. Over the winters evening, an array of fresh wines exuding Summer will be poured. This will be the first (and possibly only) chance to try these jovial and refreshing wines.These are not the wines that will travel overseas; they will not be rated by Wine Spectator, nor will they be cellared for years to come - they are of the moment and meant to be enjoyed and celebrated 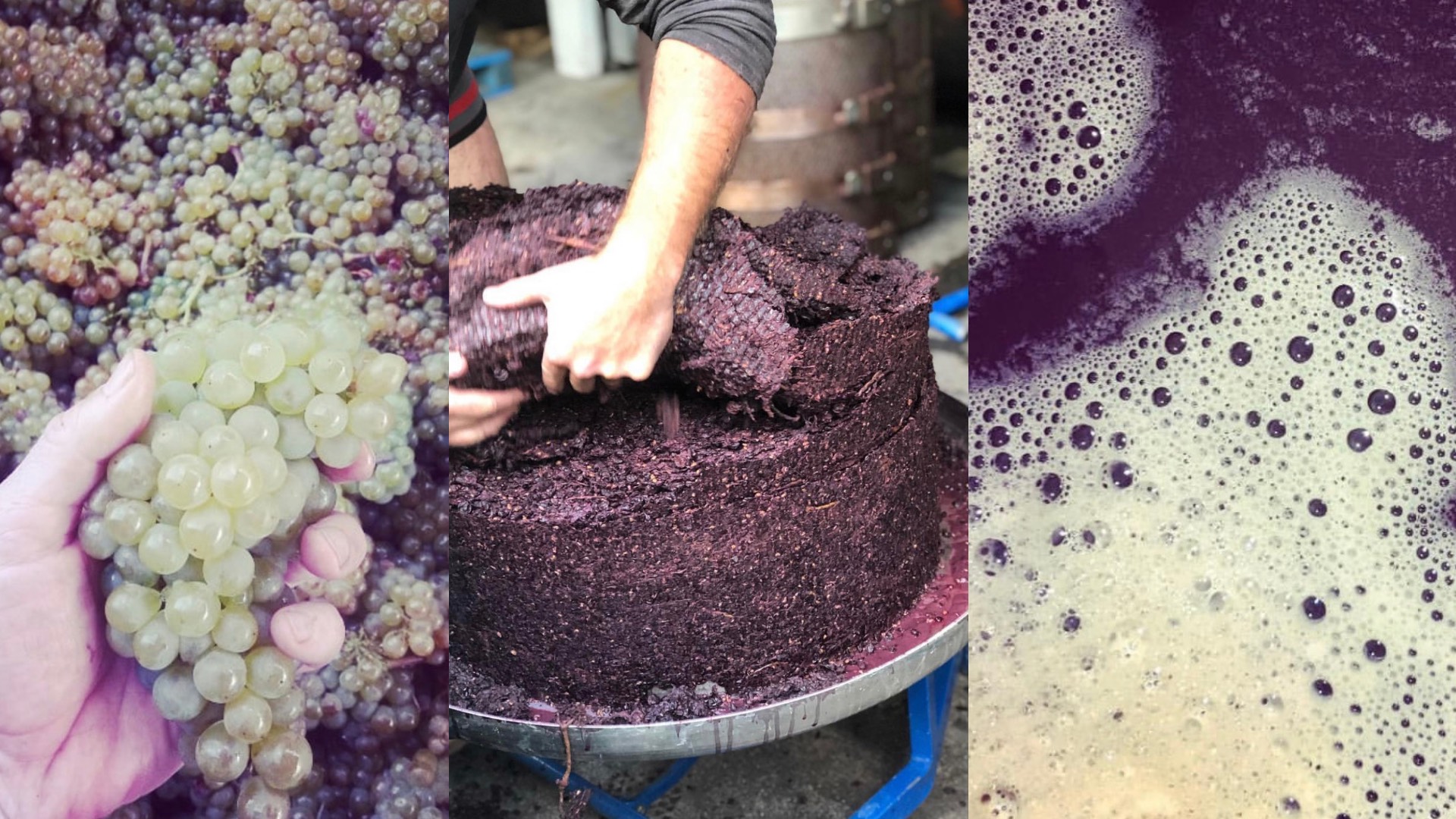 If there's one thing we at Capital magazine like doing, it's sharing the stories of Wellington. For two nights only, we share the story of Kupe & Te Wheke in an instagram-worthy story-packed feast. Let award winning Egmont Street Eatery fill your puku while story-teller Rachel House (Thor Ragnarok, Moana, and Hunt for the Wilderpeople) takes you on a journey of bombastic bravery and an outraged octopus. Each dish corresponds to the story, with a Pacific inspired four-course menu matched with wine from Luna Estate. Feed your senses with this lively celebration of kaupapa and taste, arts and adventure. 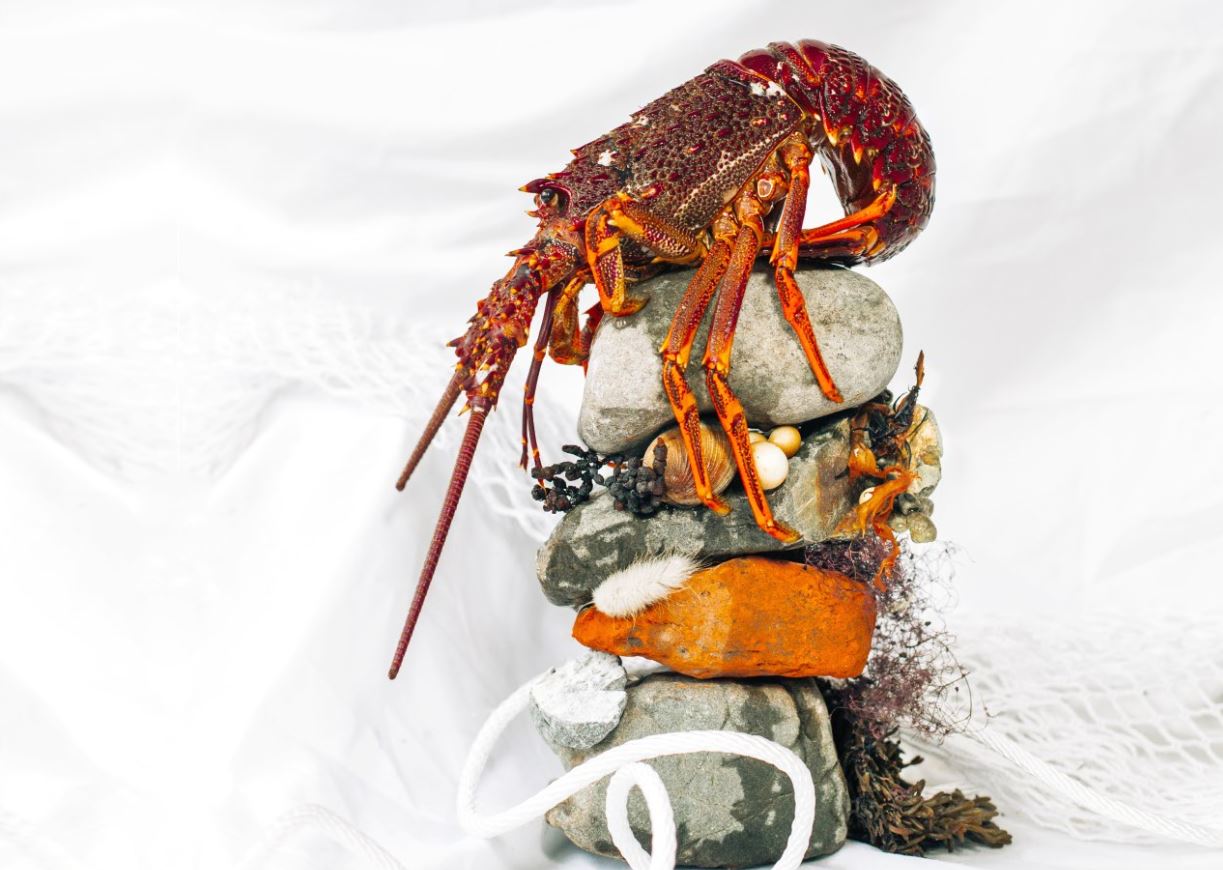 Morgan McGlone has cooked his way into the hearts of fried chicken fans thanks to his Belles Hot Chicken chain. A third-generation chef who grew up in Australia with Māori and Irish parents, Morgan trained in Paris under Pierre Gagnaire and spent three and a half years working for chef Sean Brock, first as a line cook at Husk, Charleston and then as the chef de cuisine at Husk, Nashville. This is where he first encountered hot chicken, somehow finding time to also manage fashion models in New York, Brazil and Paris. In 2014 he opened the first Belles Hot Chicken, with six now to his name, and a cult-like following that sees him doing pop-ups all over the world.

Together with Shepherd and Garage Project, Morgan is back in Wellington and bringing you clams - lots of clams, with four-courses of Cloudy Bay Clams at their finest (minus dessert, which won’t have clams!). Enjoy clams raw, ceviche, crispy-fried and as a good ol’ family-style clam-bake, accompanied by a line-up of natural wines by Garage Project Crushed. You’ll leave feeling happy as a clam. 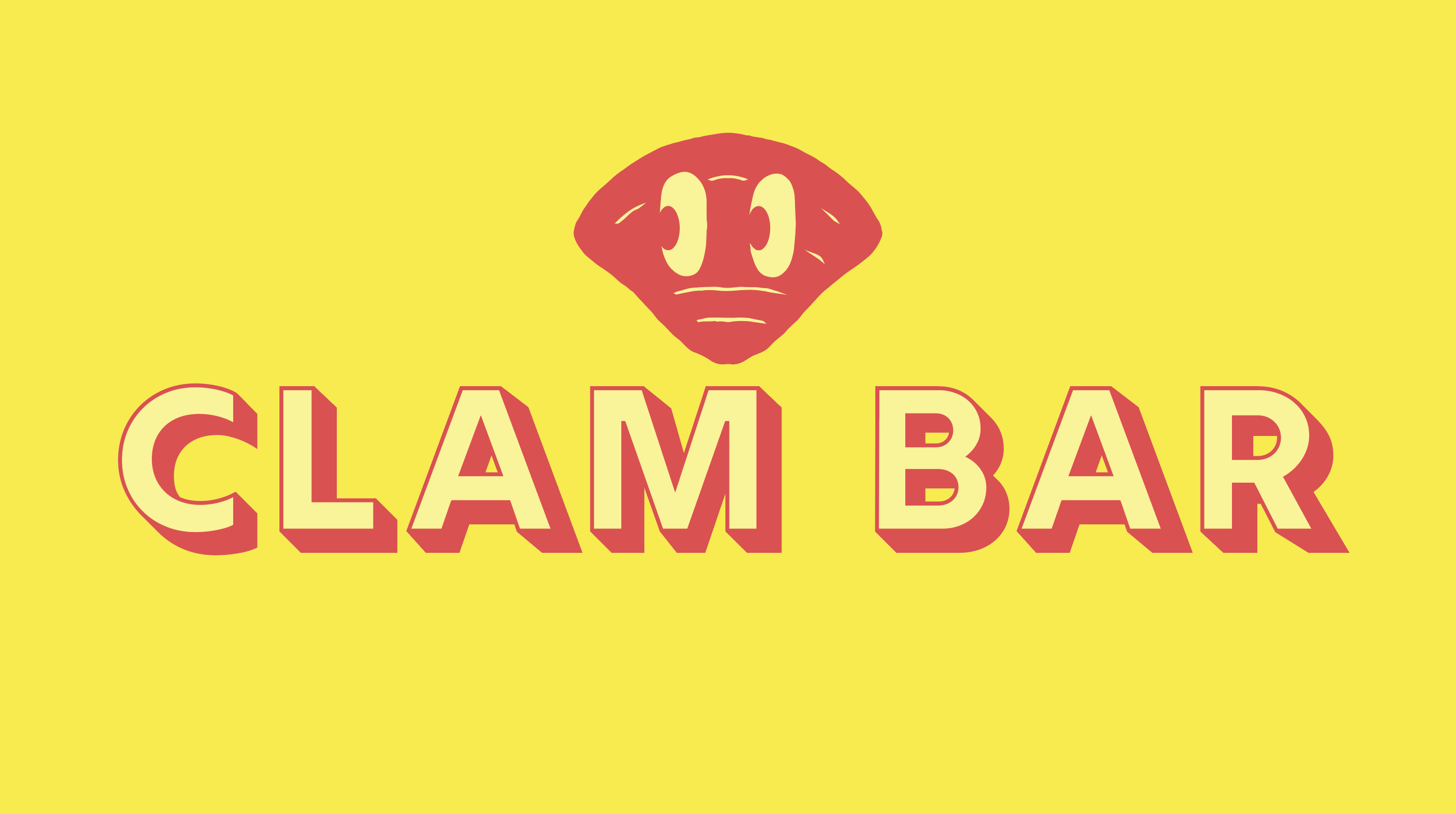 The Future of Food is Female

After last year’s much needed (but somewhat challenging) discussion, we felt it was important to keep the discussion going. This time focusing on the positives, that will leave you fist pumping and inspired for the future of food. Join us for five influential local and international women who have made a living through food who will come together for a witty and enlightening panel discussion. This year's panellists for The Future of Food is Female 2019 are... Ash Heeger (Riverine Rabbit, Cape Town) Nyesha Arrington (Los Angeles) Kate Hutchison (Capitol, Wellington) Jackie Lee (Lashings, Wellington) The panel will be hosted by Megan Whelan of RNZ. 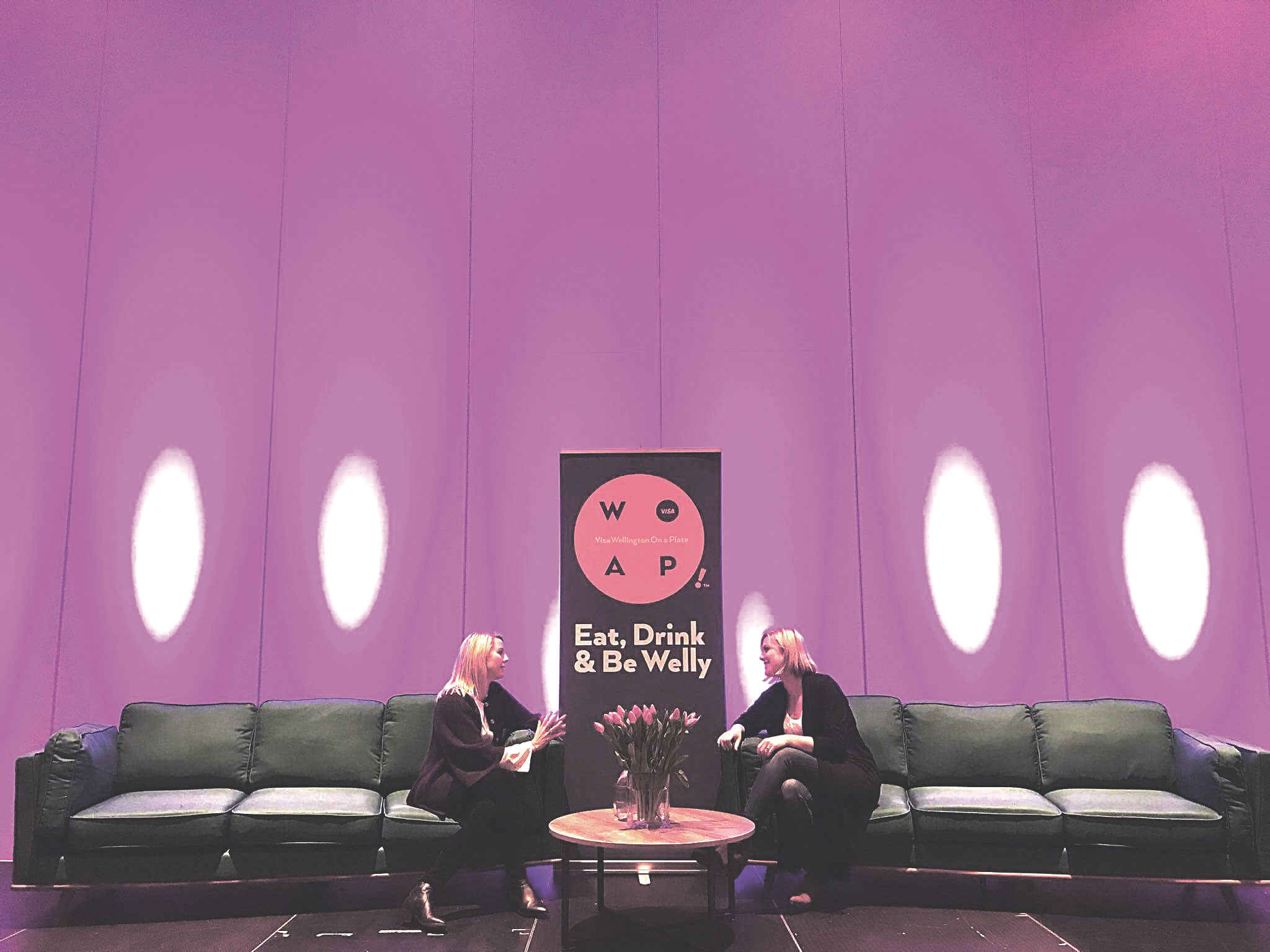 Get up close and personal with Wairarapa wines and winemakers, from industry legends and international names, to boutique producers of small volume and special varieties. Taste the latest releases, winemakers favourites, wines from the cellar and more including New Zealand’s best Pinot Noir, bubbles, ever popular Rosé, Sauvignon Blanc and Chardonnay. Over 100 wines to taste and tasty treats served all day along, with specials to order for delivery. 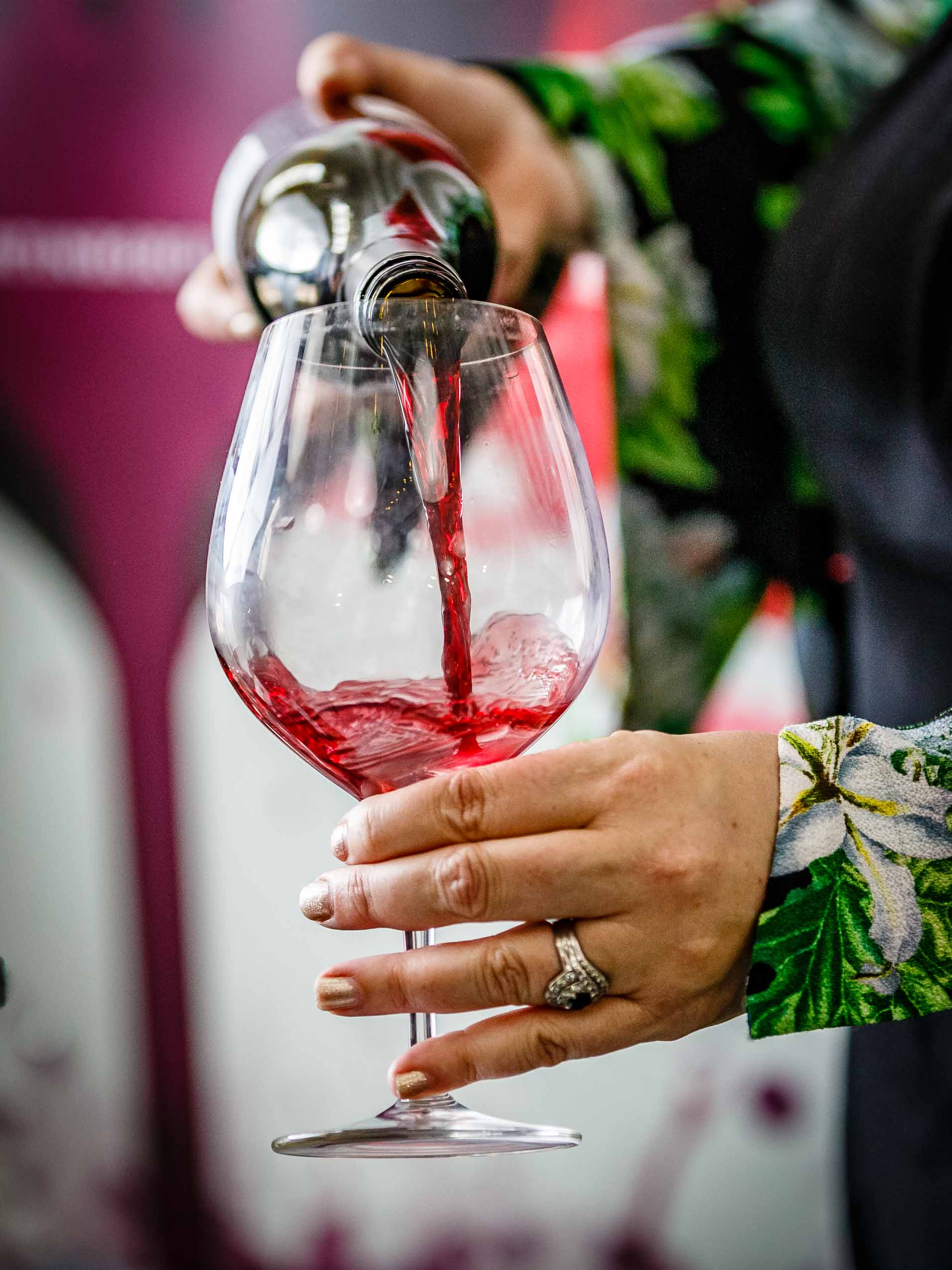