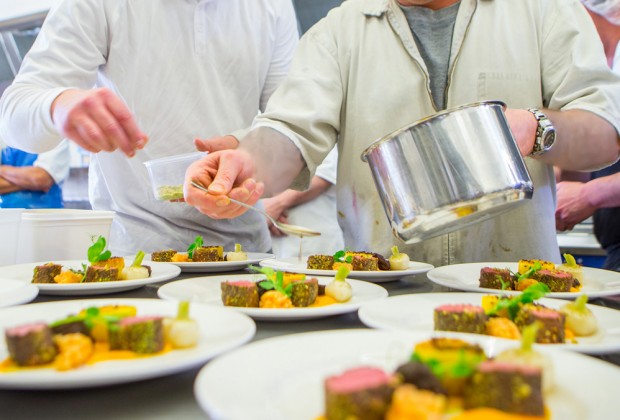 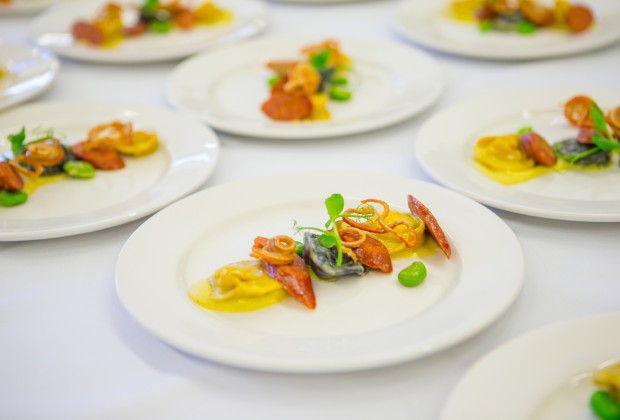 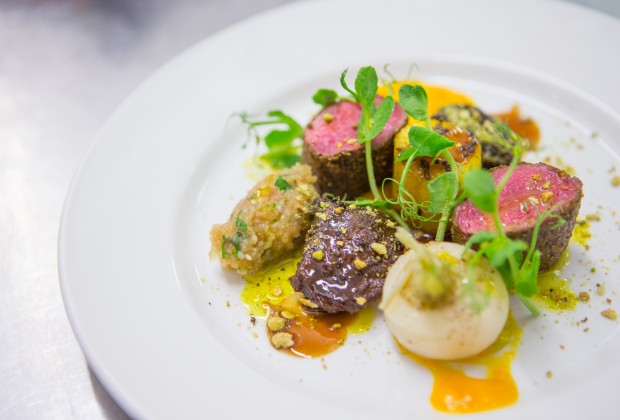 In August last year, I was lucky enough to attend the Visa WOAP legacy event that is Rimutaka Prison Gate to Plate. I'd wanted to go to this event for years but never managed to snag a ticket, so this was a rather exciting occasion for me.

My Gate to Plate experience didn't meet my expectations. It far surpassed them. This event is about so much more than just food - although the food was flawless. It's a once-in-a-lifetime chance for many of us to go into a working prison, to hear from the men who are inside and see their incredible efforts to train in a new industry and develop their skills.

After plenty of delicious food prepared by the prisoners under the mentorship of Martin Bosley and guest chefs Amy Gillies (Salty Pidgin) and Chetan Pagnam (One80), I admit I shed a tear or two when these men got up to speak. Their stories and the confidence they had developed during the programme blew me away, and I left feeling profoundly affected. Going to Rimutaka Prison Gate to Plate gave me so much perspective on what else this festival is really about - food as a medium for change and community.

Others who have struggled to secure tickets for years will be thrilled to hear that this year, the event will be run by a ballot system. Opportunities to buy tickets will be randomly selected from a ballot, so it won't be just about who has the fastest mouse click on the day.

I'm so excited that more people will have the opportunity to dine behind bars this year, so I had a yarn with mentor and legend Martin Bosley about what he has planned for this year and how the programme has affected his life and the lives of the prisoners involved.

Tell me about the team you're working with in 2017

"This year we've got Kristan Mulcahy from Dillinger's and James Pask from Whitebait on board as guest chefs. We work in the prison to develop and refine the menu from May. Kristan found his first visit a very eye-opening and confronting experience, as chefs have in the past, as a lot of people have never been into a prison before.

"It’s staggering that we're in year five. The team of prisoners this year involves some men who have been with the team since year one, plus some who are new to the programme. The reason why there are some vacancies is because three men who were involved are now out working in the community in hospitality roles, which is an amazing result.

"The prisoners who are new to the programme bring a unique perspective. They have a humbling naivete when it comes to food, and ask some great questions because they have no filter. This combines with the experience of the returning prisoners to create some really exciting new ideas – they’re keen to make kombucha this year! In May we all sat down and worked out the nuts and bolts of the menu, and the men have ideas they’re keen to get started on straight away."

What do members of the public experience at this event?

"The Prison Gate to Plate programme creates a huge amount of change. For these prisoners, it’s a way to improve their self-esteem and self-confidence while giving them important skills and training. It’s a chance for them to interact with the general public who they normally wouldn’t come into contact with, and break down some of those barriers and fears on both sides of that equation.

"The event itself gives the public a chance to hear from prisoners first hand, especially on their fears and worries around their release. These men are getting out, and we all have to get our heads around that, but the best way to stop a man going back to jail is to give him a job. Of course they need to serve their sentences, but we need to give them that next step in their rehabilitation, as well as a chance to prove themselves when they're back in the community.

"After the meal, there's a chance for the public to hear from and chat to the prisoners involved. Last year, a member of the public asked one of them "what's the first thing you're going to cook when you get out of here?" He said he didn't know - that he hadn't had a choice in what he got to eat in 18 years."

What are the benefits for the prisoners who get involved in this programme?

"The programme isn't just about the event itself - it goes much deeper than that. Rimutaka is a working prison, and this is an educational programme that is about developing skills for prisoners to take with them when they leave prison. And we are seeing those results.

"There are men who served long sentences, were involved in the programme and are now working in hospo, supporting their families and contributing to the community. The benefits are quite extraordinary.

"We are actually seeing men from within the prison system all over the country applying for transfers because they want to take part in the programme. There's a lot of interest in this course.

"Prison Gate to Plate isn't like any other dinner. It's not just three courses. It's not just a novelty. It's a meal that has profound impacts on the people who attend and the prisoners."

What do you think about the move to a ballot system for tickets this year?

"I'm hoping this means people stop asking me to get tickets for them!"

Purchasing tickets to this incredibly popular event will be allocated via a ballot system.