Photo: Roots, the Cuisine NZ Good Food Awards Restaurant of the Year in 2015, who are collaborating with Whitebait for Roots In the Capital.

Chris and the Cumulus Inc Takeover

I’ll never forget the first time I ate at Melbourne’s beloved Cumulus Inc, a shimmering ray of light in a city of unbeatable eats. Despite being in one of my favourite cities outside of Wellington, I’d had a rather crappy day and wasn’t entirely invested in the idea of a nice meal. I plonked myself at the bar and ordered a handful of dishes, each of which lifted the fog that had settled in my head. The waitress talked me into dessert, and – I kid you not – it brought me to tears. It’s no surprise then that each of my subsequent visits to Melbourne have included a compulsory stop at Cumulus.

Like me, Simon Pepping of Egmont St. Eatery and Sterling has been a big fan of Cumulus for many years and makes it a must-do when he’s in town: “Everything they touch turns to gold.” Through the wonders of Instagram he struck up a bond with the folks behind Cumulus (and their associated eateries), and we lucky Wellingtonians get to revel in the spoils of that connection. For VWOAP, the Cumulus crew will take over Egmont St Eatery for a cirrus-ly delicious mash-up that is guaranteed to show you what the fuss is about.

Cumulus and Egmont are a natural fit for this year’s Chefs Collaboration Series, as both have a similar approach and dedication to serving fresh, honest food with a bit of dramatic flair. Sharing is caring, so the event will be a shared banquet-style meal which will allow you to get a taste of many of Cumulus’ signature dishes (like their famous slow-roasted whole lamb shoulder) along with a few bespoke dishes that will show off what Cumulus can do with our local produce. With a mix of snacks and heartier, fuller dishes, the menu will reflect the range of Cumulus’ impressive repertoire. And it won’t just be a takeover of the menu – Egmont St Eatery will be given a slight makeover to give it that extra touch of Cumulus authenticity. This is the closest you’ll get to visiting the iconic Melbourne eatery without all that pesky air travel.

I’m so looking forward to this event bringing two of my favourite places together. Until August rolls around, I’ll just keep flicking my Cumulus Inc cookbook and sigh heartily at what’s to come.

WBC is a favourite spot of mine for those nights when you think you just want to grab a beer and a snack that turn into long evenings of steak tartare, raw fish curry, fresh shucked oysters and plenty of cocktails. I love their Asian-influenced menu with all its chili, lime, fish sauce and fresh herbs, so a collaboration with Shanghai-based Baoism seems pretty natural.

WBC owner Clay Toomer and head chef Jono Pashby headed over to China to meet with Jenny Gao and do some research (AKA eating a lot of food) and planning for their Sichuan Soul Food Feast. Clay says the event was born out of a suggestion from Beth Brash, Beervana manager. She attended an event in Shanghai hosted by Jenny and thought the exciting fast casual food would work perfectly with WBC’s philosophy. Both WBC and Baoism work to put modern angles on traditional cuisine methods using the best possible ingredients in an innovative way.

Clay says during his time in China, he discovered that “Sichuan food is not necessarily spicy hot which is a common misconception. We found the traditional food to be flavoursome and fragrant with the opportunity to add spice at the table.”

Chef Jono Pashby had a little misadventure – Clay says Jono “is currently sporting a hipster beard – thick and black. In China, historically, people with beards are known as “Barbarians”. The “Barbarians” have tried to conquer the Chinese in the past. Jono had water bottles thrown at him and was refused service from a water cart on the Bund.  Quite different to how treat people with beards in Wellington!”

Clay says that diners at Sichuan Soul Food Feast can expect “a synergetic experience of Jenny’s innovative approach to Sichuan cuisine with wonderful local produce and the warm, WBC service and hospitality.” 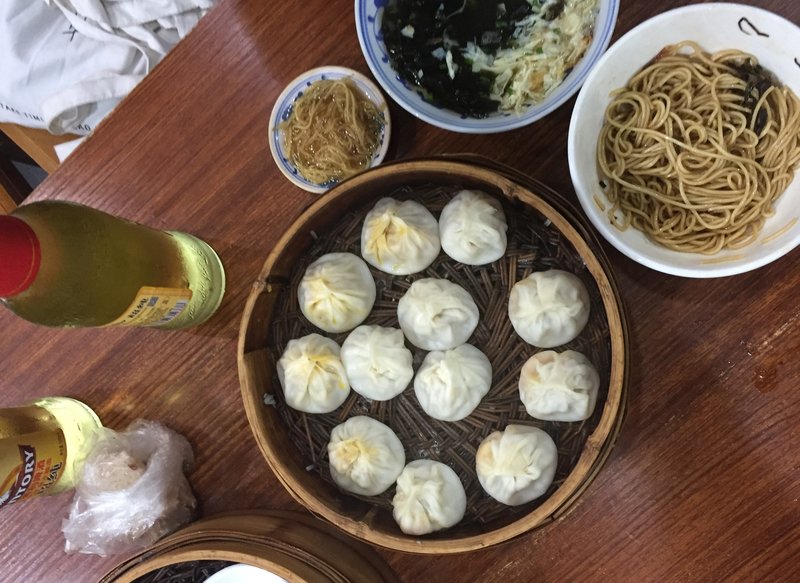 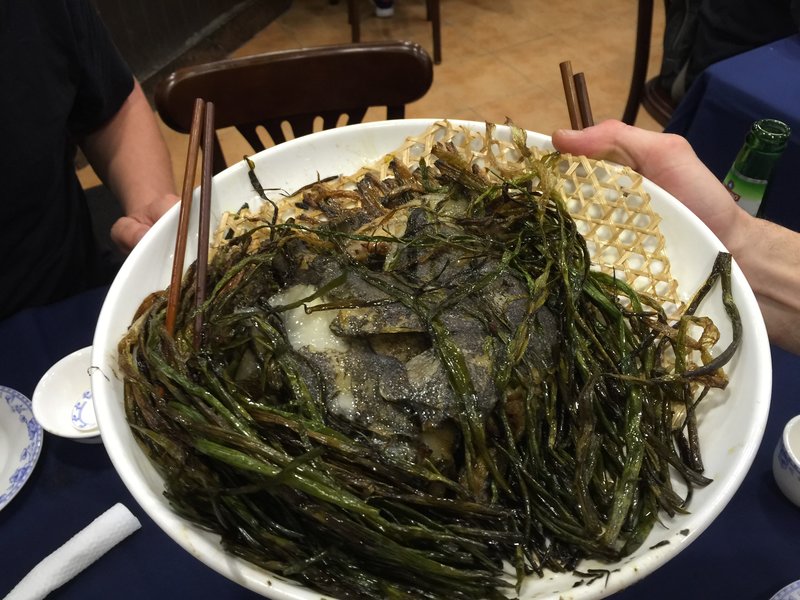 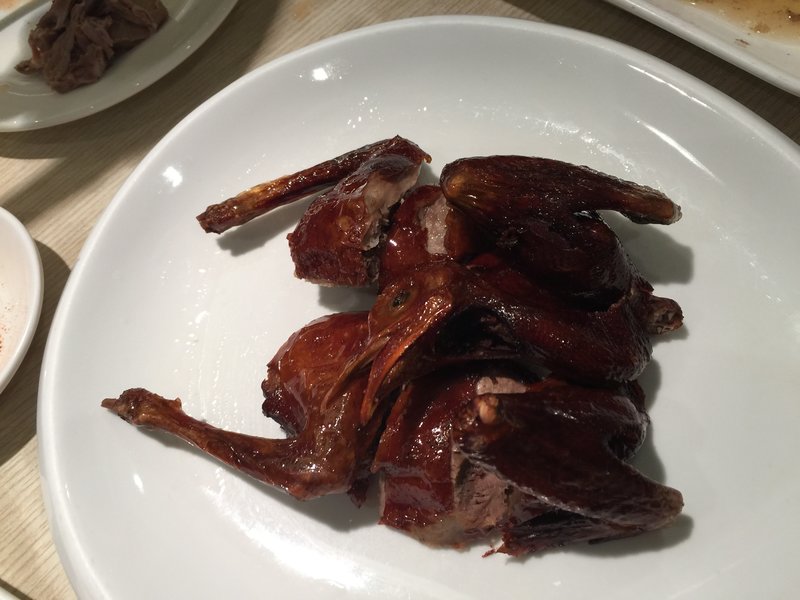 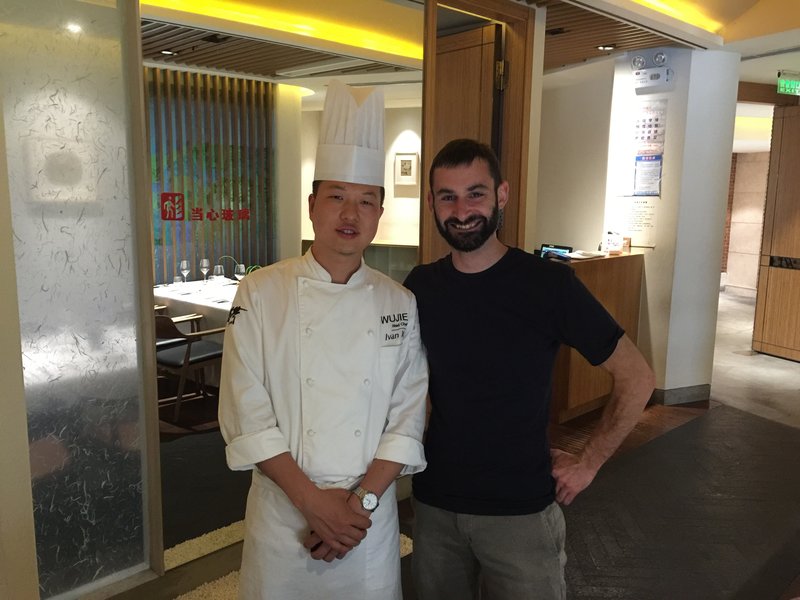 Attica and Georgia at the Shack

Since shacking up with a Taranaki farm boy, the region has become a bit of a second home for me, and I’ve grown to adore its turbulent seas, formidable black sand beaches and damp, green landscape. It’s clear from Ben Shewry’s beautiful Chef’s Table episode that Ben’s childhood in rural South Taranaki has heavily influenced his food. His Melbourne restaurant Attica is one of the best in the world, and is known for its use of foraged, native and endemic Australian ingredients with utmost respect, with some clever Kiwi influences such as potato cooked in the earth in which it was grown – a modern nod to a traditional hāngī.

Ben also cites his time cooking in Wellington under some of our city’s finest chefs, including Mark Limacher at Roxburgh Bistro, as highly influential. Mark now runs Ortega Fish Shack, one of Wellington’s most adored restaurants and home of the best steak you can get in Wellington (big call, and especially for a fish-focused restaurant, but try it and then try to disagree with me).

Mark says that Ben came to Roxburgh as a customer – he came into the kitchen to thank the team after a meal and said he liked the vibe, and a couple of weeks later he was working there.

“We look our work seriously but still had time for plenty of laughs. I look forward to catching up with Ben at any time. Integrity and talent aside, he has a calmness about him that makes him cool to be around.”

That calmness will come in handy creating an 3.5-hour lunch in August for Attica at the Shack. This leisurely lunch will be one not to miss. Mark says he is “catching up with Ben in a few weeks time to discuss the collaboration”, and the menu won't be finalised until the day before as it'll be designed around fresh produce and Ben's whims. Mark encourages diners to “come with an open heart and mind, come to laugh and enjoy. Ben is one of this country’s best ambassadors in any field”, and diners should be stoked that he’s returning to his culinary roots in Wellington.